An Overview of Cellulite in Women

Approximately 90 percent of women and 10 percent of men are affected by cellulite. It is especially common in women as they approach menopause, which is when estrogen begins to decrease. It can appear much earlier, however, and often begins to appear between the ages of 25 and 35. Estrogen has a significant impact on blood vessels. As it starts to decrease, some receptors in the thighs’ blood vessels are lost. This results in decreased circulation, which means less nutrition and oxygen in the area. This is what leads to the production of collagen. The fat cells grow and protrude through the collagen, creating the appearance of bumpy fat.

Women often notice cellulite around the buttocks, knees, and waist, because these areas have three layers of fat instead of one. Women also have three layers of fat in the triceps and stomach areas. The reason women struggle more with cellulite than men is directly related to collagen. This is the primary protein in connective tissue. In women it takes the form of a picket fence, while in men it develops with the structure of a chain-linked fence. The chain-linked affect is significantly stronger, and can more effectively support the fat.

Women also experience more cellulite than men due to adrenergic receptors. When stimulated, these encourage fat cells to produce fat and trigger both the constriction of blood vessels and the release of sugar into the bloodstream. Alternatively, when beta receptors are stimulated, they break down fat, relax blood vessels, and increase heart rate. Women have nine adrenergic (alpha) receptors for every one beta receptor.

Additionally, estrogen makes fat while testosterone breaks it down. Women’s bodies, then, are essentially designed to develop cellulite. Men have a ratio of one alpha receptor to one beta receptor, and only one layer of fat throughout their entire bodies.

Diet and physical activity clearly influence the development of cellulite, as they directly relate to health and fitness. Sometimes pantyhose and underwear can even have an impact. Tight elasticity negatively affects circulation and forces lymphatic drainage back into the body. Cellulite was not presented as a problem until the 1970s and 1980s, when fashion brought about change. Prior to this time period, women often wore long skirts with loose-fitting underwear.

Many creams, such as thigh and caffeine creams, primarily address fat. They transport fat into the mitochondria of the cells to be used as energy. Caffeine creams work by prohibiting the alpha receptors from making fats. Some creams have aminophylline, which also blocks alpha receptors. Unfortunately, these do not always address the issues of circulation or connective tissue.

To effectively respond to cellulite, the fat, collagen, and circulation must be addressed simultaneously. Treatment also depends on the grade of cellulite, however. There are four grades, ranging from 0 to 3. Grade 0 indicates no visible cellulite. Grade 1 is assigned if a cottage cheese-like texture is visible when the skin is pinched. Cellulite that is visible when standing receives a grade of 2. Grade 3 cellulite is visible when laying down or looking in the mirror. Grade 3 is the most difficult to treat.

Machines that treat cellulite include vacuum rolling and radio waves that break up the fat. The movement breaks up the fat and increases circulation, while the heat involved helps to additionally break down the fat. The skin is then smoothed. Machine treatment must be repeated at least once per month, for several years.

Laser treatments may be combined with massage and rolling. Radio waves are used and the fat heated to break it down easily. It can then be forced out. “Subcision” surgery was used to eliminate indentations in the face, such as scarring from acne, and is now applied to dimples in the buttocks. To conduct this procedure, the area must first be anesthetized. Then, a special needle is used to make a small incision. The skin is cut from the tissue that holds it down, thereby getting rid of wrinkles.

Silicone and fat-transfer injections are options as well. They function by filling dimples in the skin. The risk with these procedures, however, is that the injections can move and protrude unnaturally from the body. During liposuction procedures, plastic surgeons use tubes to suck the fat from the body. Some people find that this actually worsens cellulite. Liposuction is effective primarily for body sculpting – changing the body’s curves by removing excess fat from certain areas of the body – not removing cellulite.

Before resorting to these measures, more basic and less invasive options must be attempted. Reducing cellulite can sometimes by accomplished by paying close attention to dietary and exercise regimens. Pneumatic massages, which improve circulation, and massages that stimulate lymphatic flow may also be helpful. Cellulite creams, such as the Authentic Kustie Beauty Slimming Activated Hot Cream we offer at Flawless Beauty and Skin, are useful as well. This product in particular reduces both fat and cellulite deposits, and helps to soften and lighten skin. It is natural and healthy, containing no artificial chemicals. It does contain chili extracts and coffee. The hot creams also contain natural massage oil and plant extracts traditionally used in South American native medicine.

Diet, physical activity, non-restrictive clothing, creams, machines, laser treatments, and injections are areas most frequently addressed by women attempting to reduce the undesirable appearance of cellulite. Each of the options we’ve discussed may be effective, but should also be assessed based on individual need, preference, and budget. For instance, a basic exercise regimen and the incorporation of a raw diet may be sufficient to meet one person’s goals, while repeated injections and massage therapies may be required to make changes to another person’s body. It is also worthwhile to consult with a medical professional regarding the appropriateness of each treatment.

Lutragen Cream Review
Hello, Neat post. There's a problem together with your web site in web explorer, could check this? IE still is the market chief and a large part of people will leave out your fantastic writing due to this problem. https://www.thrombosisadviser.com/en/_dialogs/external-site/?url=http://ask.nevershutdown.com/index.php/3730303-easy-facial-skin-care-recipes-time-for-some-tlc/0
Subscribe to our Newsletter& receive exclusive tips
Follow Us On Facebook 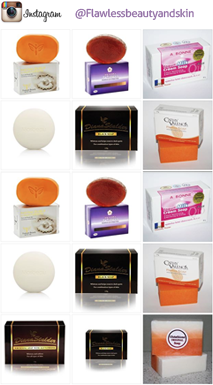